Can the US Federal Reserve bring inflation back to 2%? 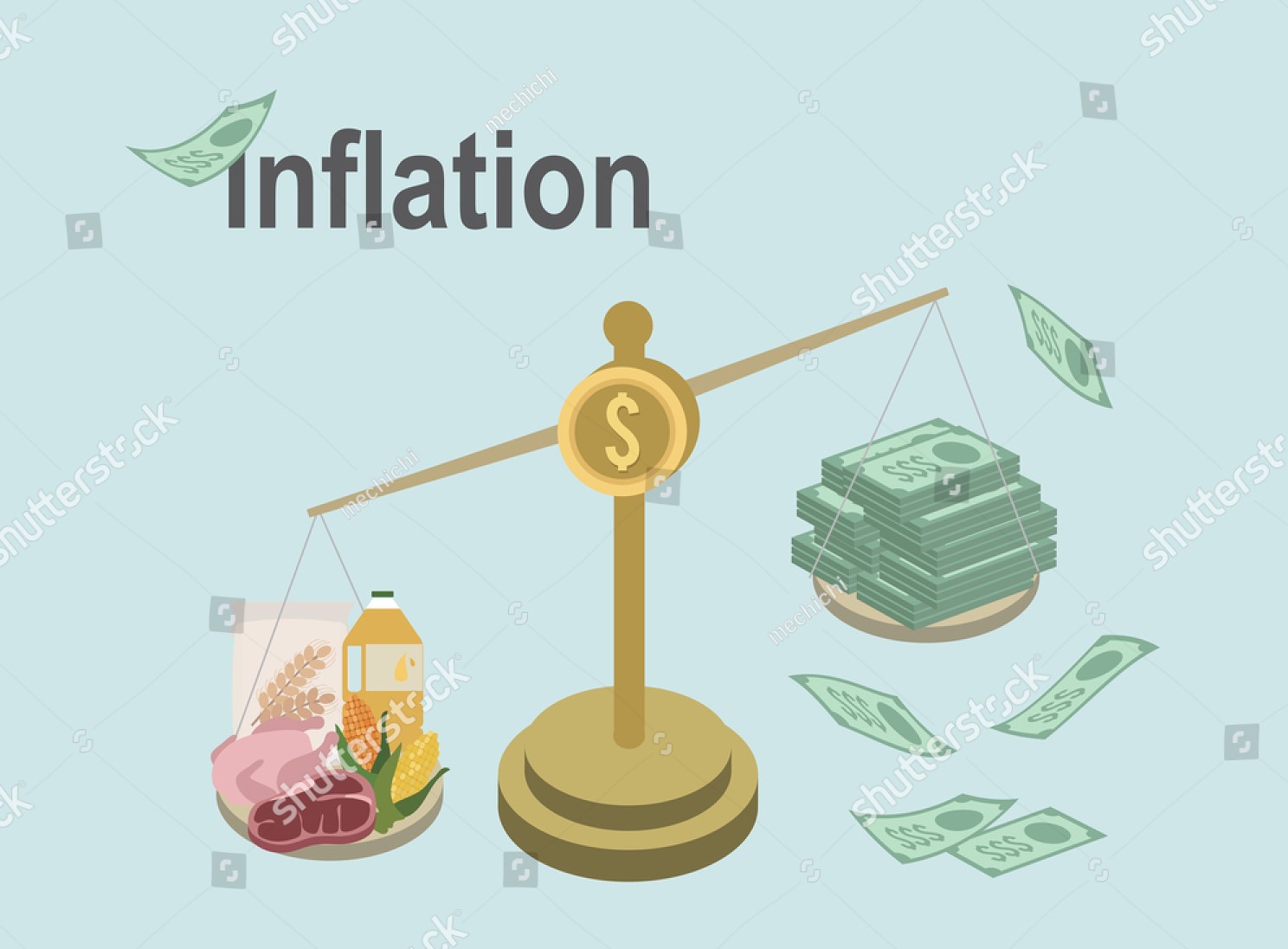 At the monetary policy meeting on 16 March 2022, the Federal Reserve raised its interest rate by a quarter point to 0.5%[1]. With the strong increase in inflation observed in the United States since the spring of 2021, there is little doubt that this movement will continue. Indeed, Jerome Powel recently confirmed this and envisaged a half point increase at the meeting on 4 May. Beyond that, expectations from futures contracts on the federal funds rate suggest that the interest rate will rise to at least 3% by year’s end. Will the US central bank succeed in bringing inflation back to its target? Put another way, can the nature of the imbalances that are pushing up prices be corrected by monetary policy? And how high should interest rates rise to curb the current inflationary surge?

After settling at 1.2% in 2020, inflation, measured by the consumer price deflator, reached 3.9% in 2021 on an annual average, i.e. a level well above the Federal Reserve’s 2% target[2]. Furthermore, contrary to the expectations formulated by the members of the Federal Open Market Committee (FOMC) in mid-2021,[3] inflation picked up steam and by February 2022 exceeded 6%, the highest level since 1982[4]. As Jean-Luc Gaffard and Francesco Saraceno point out, inflation is necessarily the result of sectoral market imbalances, which have their source in either insufficient supply or excess demand. The appropriate policy response must therefore be based on as complete a diagnosis as possible of the causes of the inflation, which results in social costs[5]. However, given the Fed’s mandate, tightening monetary policy seems unavoidable[6]. In the case of the United States, this is a dual mandate since, according to the Federal Reserve Act, the aim of US central bank policy is to promote both price stability and maximum employment. With the unemployment rate at 3.6% in March 2022, the Fed logically considers that it is further from its price stability objective than from its full employment objective. Besides the unemployment rate, other indicators such as the resignation rate or the ratio between the number of unemployed and job openings also confirm the existence of tensions on the labour market[7].

The main question is therefore how much tightening is needed to bring inflation back to target. The answer to this question depends in particular on the transmission of monetary policy to prices. How does inflation react when the central bank decides to raise its interest rate? Remember that the central bank only sets a very particular rate, a very short-term money market rate. Changes in this rate are then transmitted to market and bank rates, and on to financial and property prices. Monetary policy therefore influences the totality of financing conditions and, through this, household consumption and household and business investment[8]. When the central bank tightens its monetary policy, demand is reduced and unemployment rises, which has an impact on prices, i.e. the prices of goods and services and wages. The impact of monetary policy on inflation can be quantified by estimating the effect of higher interest rates on unemployment and the link between inflation and unemployment.

A recent analysis by Silvia Miranda-Agrippino and Giovanni Ricco (2021) suggests that a one percentage point hike in the interest rate set by the central bank pushes up the unemployment rate by 0.3 percentage points after 12 months.[9] All else being equal, Ball and Mazumder (2011) suggest that, using a standard Phillips curve estimate, an additional 1 percentage point of unemployment would reduce inflation by 0.5 percentage points. So raising the rate from 0.25% to 3% by the end of 2022 would result in a 0.4 percentage point reduction in inflation. The tightening scenario envisaged for monetary policy therefore seems largely insufficient to bring inflation back to its 2% target. In other words, the only way the Fed could hope to reduce inflation would be by raising the interest rate even further. This is not, however, a reasonable prospect.

First, reducing inflation by 4 points – from 6% to 2% – implies such a steep rate hike that it would push the US economy into a violent recession and a brutal rise in unemployment. This was the path chosen by Paul Volcker, Fed Chairman between 1979 and 1987, who pursued a highly restrictive monetary policy at the beginning of his term in order to reduce US inflation, which exceeded 10% at the end of 1979 (Figure 1). The result was a sharp rise in the unemployment rate, to its highest level since 1951[11]. There are, however, important differences with the current inflationary situation. Inflation today is partly the result of supply factors that, according to Reifschneider and Wilcox (2022), are temporary[12]. Monetary policy would not be effective in countering a shock to energy prices or global supply constraints, since these do not really depend much on the US macroeconomic situation. The point is to focus action on the contribution to inflation arising from domestic factors, and in particular tensions on the labour market, which have been fuelled in part by the fiscal stimuli of Donald Trump in 2020 and then of Joe Biden in 2021[13]. However, it is clear that, like many other forecasters, the Fed was off in its belief that this inflationary episode would not last long and that supply factors would ease relatively quickly. Since then the war in Ukraine has put further pressure on energy prices and hence on inflation.

At the same time, it seems apparent that inflation expectations are probably better anchored around the Federal Reserve’s inflation target than they were in the late 1970s. According to the Michigan Household Survey, long-term inflation expectations – five years ahead – have risen but appear to have stabilised around 3% since May 2021. In particular, they are lower than they were in the late 1970s and early 1980s (Figure 2). And these inflation expectations do play a role in the dynamics of inflation. Indeed, the more households or companies anticipate a high level of inflation, the more they will ask for wage increases or set their prices at a higher level, which will result in a spiral in which inflation expectations feed inflation, which in turn pushes expectations a little higher. It is therefore also in order to avoid this type of runaway so-called second-round effects that the Fed is deciding to accelerate its monetary tightening. The aim is to maintain this anchorage. Recent work has shown that this channel for transmitting monetary policy onto expectations is significant[14].

It therefore seems that the current situation justifies monetary tightening in the US. The difficulty facing the central bank is to distinguish between supply and demand factors. The objective of the tightening initiated by the Fed must be mainly to limit the tensions observed on the labour market and to influence agents’ expectations so that these expectations don’t take off. It should at the same time be relatively moderate so as not only to avoid pushing the economy into recession but also to avoid a sharp rise in long-term interest rates, which would lead to destabilising pressures from the weight of the public debt. While the supply factors driving inflation are temporary, the Fed’s response will allow inflation to gradually converge towards its target. In this respect, it is worth noting that the average inflation targeting strategy gives the Fed greater manoeuvring room, as it can in fact tolerate inflation above 2%. Since 2008, inflation has mostly been below 2%, so even with 5% inflation in 2022, the path of the price index would still be lower than the shadow path that would have been observed if inflation had risen by 2% per year since 2009 (Figure 3). Finally, if the supply factors prove to be long-term, the appropriate economic policy will not be to curb demand through an overly restrictive economic policy but rather to stimulate supply through an investment policy that can raise production capacity to the appropriate level.

[1] In the United States, the Federal Reserve’s policy rate corresponds to the target for the rate at which commercial banks exchange federal funds, which are the deposits they hold with the local Federal Reserve.

[2] See Blot, Bozou and Hubert (2021) for a discussion of central bank inflation targets and the reformulation proposed by the Fed in August 2020.

[5] Even if wages are growing faster in the US, they are not currently compensating for inflation, which is resulting in a loss of purchasing power for US households.

[6] Basically, the central bank’s mandate does not specify that its monetary policy response should be differentiated according to the causes of inflation, which implicitly suggests that long-term inflation can only be a monetary phenomenon.

[7] See this analysis or this one.

[8] Monetary policy also influences foreign trade through its effect on the exchange rate.

[9] See Miranda-Agrippino S., & Ricco G. (2021). The transmission of monetary policy shocks. American Economic Journal: Macroeconomics, 13(3), 74-107. The effect on unemployment is obtained by considering a monetary policy shock such that the one-year interest rate rises by one percentage point. Although the Federal Reserve does not directly control this rate, it is nevertheless influenced by the central bank’s decisions.

[12] See https://www.piie.com/sites/default/files/documents/pb22-3.pdf. Their optimism is, however, debatable.