Is the war in Ukraine influencing central bank monetary policy? 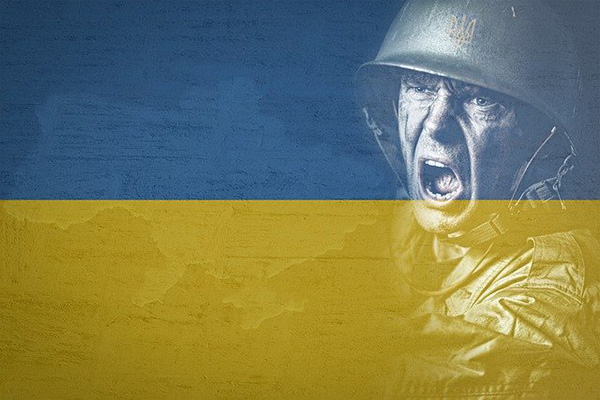 The end of 2021 was marked by growing concern among central banks about inflation[1]. As pressure on prices intensified with Russia’s invasion of Ukraine, could this change the terms of the discussion and influence future monetary policy decisions? Indeed, in February, the inflation rate reached 5.9% in the euro area and 7.9% in the US[2], well above the 2% target of the ECB and Federal Reserve. The January policy meetings suggested that a rate increase was imminent in the US and likely by the end of the year in the euro area[3]. So what is the situation today? The war between Russia and Ukraine has not only shaken up the geopolitical situation but is expected to affect the global economy, accentuating inflationary pressure, reducing household purchasing power and fuelling uncertainty. Finally, the risk of a sovereign default by Russia could also rekindle financial tensions, in particular viaa risk of contagion in the emerging countries. In this new context, one could expect greater caution and a more wait-and-see approach, as suggested in a post by Xavier Ragot. However, neither the ECB at its meeting on 10 March nor the Federal Reserve on 16 March have changed their tune. The banks remain focused on inflation.

As stated in the introductory statement of the ECB press conference on March 10, Christine Lagarde acknowledged the many uncertainties linked to the conflict’s economic repercussions. But she also stressed the strength of the economic recovery, with growth in the euro area expected to reach 3.7% in 2022 and 2.8% in 2023, according to the Eurosystem. These forecasts have been revised downwards since December 2021 by 0.5 and 0.1 points respectively. However, the ECB has decided to end its asset purchase programme (APP) more quickly, with it gradually decreasing in net terms to 10 billion euros in June. Beyond that, “the calibration of net purchases for the third quarter will be data-dependent and reflect our evolving assessment of the outlook”. In other words, net purchases should cease unless inflation and inflation expectations fall sharply[4]. 4] Recall that in December 2021, it was envisaged that purchases under the APP would continue until the third quarter of 2022. Indeed, in the short term, the shock of Russia’s invasion of Ukraine will undoubtedly translate into higher inflation, fuelled in particular by rising prices for energy and certain foodstuffs. Thus, the ECB’s inflation expectations have been revised upwards: 5.1% on average over 2022 compared to a forecast of 3.2% in December 2021. Does this mean that the ECB is planning to raise rates soon? The press release issued at its previous meeting on 3 February stated: “The Governing Council expects net purchases to end shortly before it starts raising key ECB interest rates”. Assuming that asset purchases are now scheduled to wind up in June, the likelihood of a rate hike becomes greater. A qualification is needed, however, as its 10 March press release states that, “Any adjustments to the key ECB interest rates will take place some time after the end of our net purchases under the APP and will be gradual”. So the end of purchases is definitely put forward, but now the rate hike would take place not “soon after” but “some time after”. This is still widely considered possible, although it cannot be said that it is more likely today than at the end of the 3 February meeting. Moreover, to a journalist who explicitly asked whether “some time after” ruled out the possibility of a rate hike this year, Christine Lagarde replied that no action had been ruled out and that the ECB’s communication was intended to give itself as many options as possible.

However, the ECB does seem to be focusing on inflation. Beyond the short-term inflationary shock, the ECB is looking closely at inflation one or two years hence, since this is the horizon at which a monetary policy decision affects prices. So what’s most important for the rate scenario are inflation expectations for 2023 and 2024, and not for 2022. If long-term inflation converges to or exceeds the 2% target, the ECB will surely raise rates as the need for monetary support fades[6]. According to the latest forecasts, the ECB expects inflation to reach 2.1% in 2023 and 1.9% in 2024, which are close to the target (Figure 1).

With inflation close to target, growth robust and unemployment falling, the prospect that monetary policy will be normalized may seem fitting. However, note that higher inflation is being driven largely by food and energy prices. Apart from these two components, the ECB expects inflation to be 1.8% in 2023 and 1.9% in 2024[7]. Under these conditions, the ECB is in a dilemma, with a shock that is resulting in higher inflation but also slower growth, which could delay the return of growth to its potential[8]. If inflation remains essentially driven by energy and food prices, then a rate hike would not be effective in reducing it but would accentuate the negative shock on the economy. So while the ECB’s primary objective remains inflation, tightening monetary policy is worthwhile only if it helps to achieve this objective. In the current context, the ECB will have to find the right mix between on the one hand fighting against a risk of runaway inflation that is linked to possible second-round effects and on the other risking undermining the recovery.

From this point of view, the situation of the US is different even if, as in the euro area, the FOMC members have revised the US growth forecast for 2023 downwards and the inflation forecast upwards. The US economy is probably less exposed to the shock of the war. The main difference with the euro area, however, is the level and nature of the inflation. Indeed, the change in inflation is not only a consequence of pressure on energy prices, as the year-on-year increase in the underlying consumer price index was 6.4% in February, compared to 2.7% in the euro area. Moreover, wages also seem to be taking off, reflecting tensions in the US labour market and thus a much higher risk of overheating than in the euro area, which would justify faster and probably stronger action by the Federal Reserve[9]. It is therefore not surprising that the FOMC members were broadly in favour of a quarter-point increase in the federal funds rate at the meeting held on 16 March. This hike in the monetary policy rate had been announced implicitly at the previous meeting and was widely anticipated. This trend could even pick up pace since, at the end of the FOMC meeting scheduled for 15 June, according to the FED watchers, there is a 55% probability that the rate will reach 1.25% and a 33% probability that it could hit 1.5% (Figure 2)[11]. However, even if higher rates seem more justified in the United States, the Fed will also have to take into account the impact of interest rates on medium-term debt dynamics. Given the level of public debt (130% in 2021 versus 109% in 2019), close coordination of monetary and fiscal policies is likely necessary to reconcile the objectives of fighting inflation, maintaining growth and gradually reducing public debt. As Gilles Dufrénot reminds us, debt reduction after the Second World War was accompanied by a low real interest rate strategy[12].

[2] The consumption deflator, an indicator monitored by the Federal Reserve, was rising by 6.1% year-on-year in January 2022.

[3] Note that in the UK, January inflation was 5.5% and the Bank of England had already raised its key interest rate twice.

[6] It is indeed conceivable that, given the current level of interest rates, a small hike would not contribute to slowing down activity but would reflect less support.

[7] Recall that since July 2021 the ECB has communicated a new inflation target of 2%, as opposed to its previous “close to but below 2%”. However, the measure of inflation remains the HICP, an indicator that includes energy and food prices. See Blot, Bozou and Hubert (2021) for more detail [in French].

[8] Indeed, central banks generally react to the gap between actual inflation and the target and the gap between the level of activity and potential GDP. Thus, rapid growth does not indicate that activity is exceeding its potential. Indeed, according to the OECD, this growth gap should still be negative in 2023 (-0.3%). However, this estimate does not take into account the impact of the economic shock linked to the war in Ukraine.

[9] See Domash and Summers (2022) for a more in-depth analysis of the tensions in the US labour market. Although the unemployment rate has not yet returned to its early 2020 level, other indicators such as the employee resignation rate and the job vacancy rate point to greater pressure.

[10] All but one member voted in favour of this increase, with the dissenting voice in favour of a half-point increase.

[12] See Reinhart and Sbrancia (2015) for a more detailed analysis of public debt reduction after 1945 in the industrialized countries.